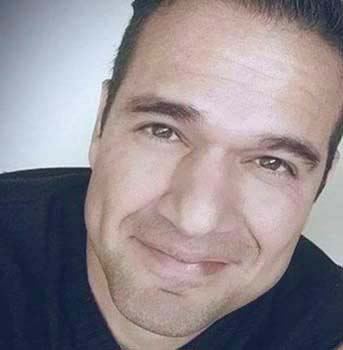 Marco grew up in the small Caribbean nation of Belize. He cannot remember a time when he was not involved in something creative, and has been drawing ever since he could hold a pencil. Marco studied art at St. John’s College, and it was there that he fell in love with the acrylic medium. A true renaissance man, He is also an award-winning stage actor, director, choreographer and set designer, in addition to his accomplishments in the art world.

Marco is a contemporary realist painter who focuses on the elements and nature. He uses the play of light, shadow and texture to create playful wildlife portraits, as well as, land and seascapes that capture the imagination. He also loves painting still life, recreating the textures, with unique lighting and perspective.

“I love the play of light, shadow and texture,” Marco says, “I remember diving the barrier reef of Belize as a teenager and being fascinated with the shafts of light that illuminated the valleys of coral. Being a true water sign, Pisces, I have loved the sea and movement of water, since childhood, so my first instinct was to focus on water. This has now evolved into all elements, natural and man-made. I use my theatrical background as reference for the dramatic lighting that seems to be the general theme in all my work. Like a director of the stage, I often imagine the beams of light as theatre lights, illuminating these scenes and directing the viewer to look at highlighted areas in the painting. The main theme in my work is escapism, painting scenes of romance. The places where we want to be. My main stylistic influences come from the chiaroscuro style of Renaissance art and the 19th Century Hudson River School Artists with a little bit of my own Caribbean flair thrown in.”

Marco’s collectors range from the United States to his native, Belize to Australia to Europe. Through his artwork, Marco aspires to focus public awareness on the Earth’s natural beauty and the need for global conservation. He is a proud member of the Ocean Artists Society and the International Guild of Realism.

Are you a Fine Artist, Decorative Painter, Plein Air Artist ? No matter what your area of focus we are convinced that you will be able to create extraordinary works of art just as our Dynasty Artists have been able to achieve around the world with our Dynasty/Black Gold artist brushes.  We invite you to immerse yourself in the exquisite art work of Glenice Moore, Jill Fitzhnery, Miguel Rincon, Shar Sosh, Tracy Moreau, Irena Mehldau and many more artists.